Skip to content
Hypno-Radio - The Art of Dina M

This one needs a bit of an explanation. This comic is based on a mod of an alternate history of a historical strategy game. Essentially, Kaiserreich is an alternate history for the Hearts of Iron strategy game (which I admit I haven’t played), where the premise is that Germany won World War I. Which means you get famous historical people in different roles and different contexts. Now the mod I mentioned takes Kaiserreich and replaces all the historical people with sexy anime women.

One of the players of this mod commissioned me to draw a comic set in this sexy-woman version of the alternate history. It ended up being 13 pages long, the longest comic commission I’ve ever made.. and also (at least so far) the one with the most graphic sex scene. So, with that explained… let’s start the story! 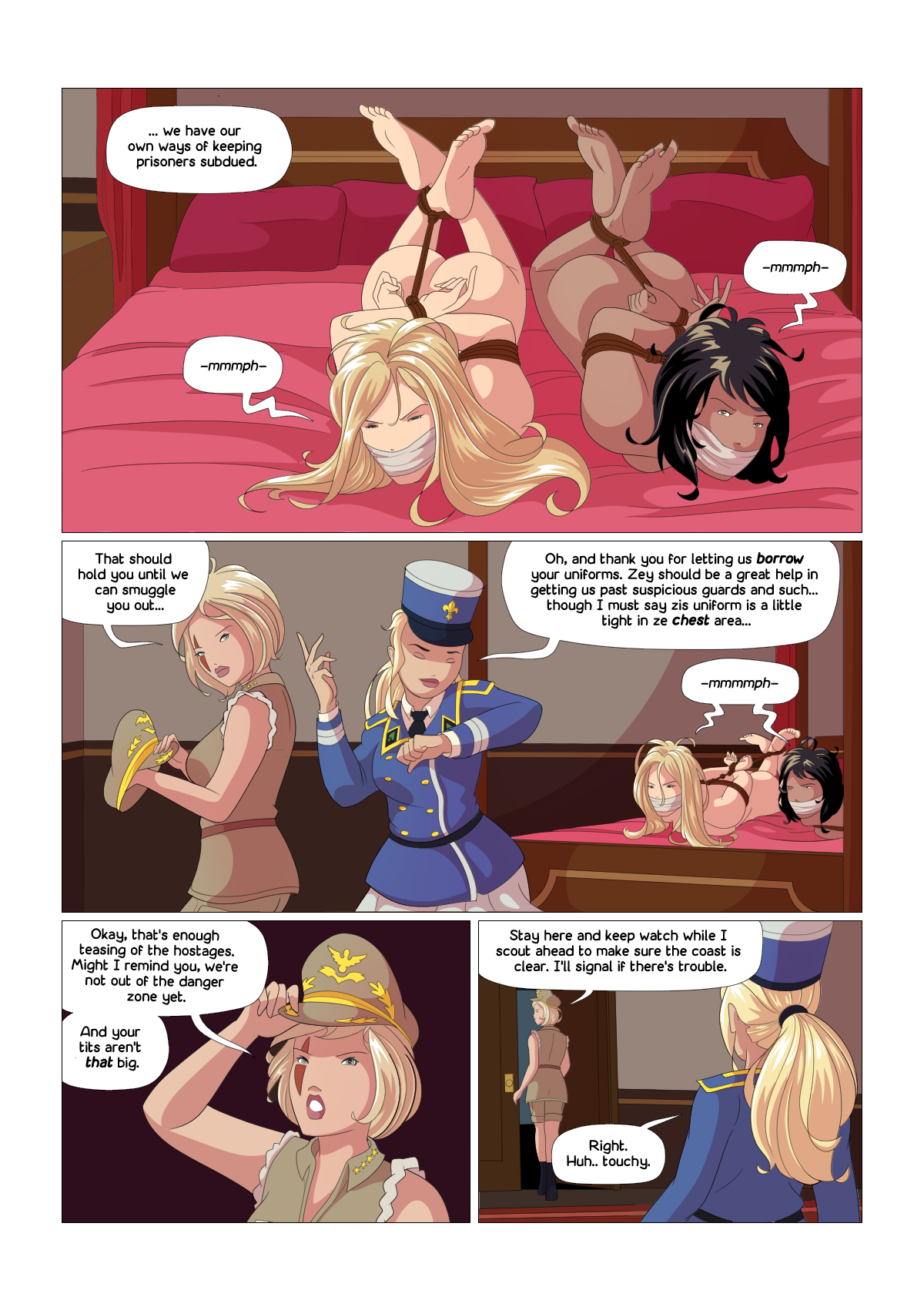