Welcome back to “Dina Recommends,” where I talk about comics, books, shows, podcasts and other things that I like, which I think deserve more fans. Today, we enter the world of podcasts to look at the experiences of a man in his twenties reading the Harry Potter series for the first time! 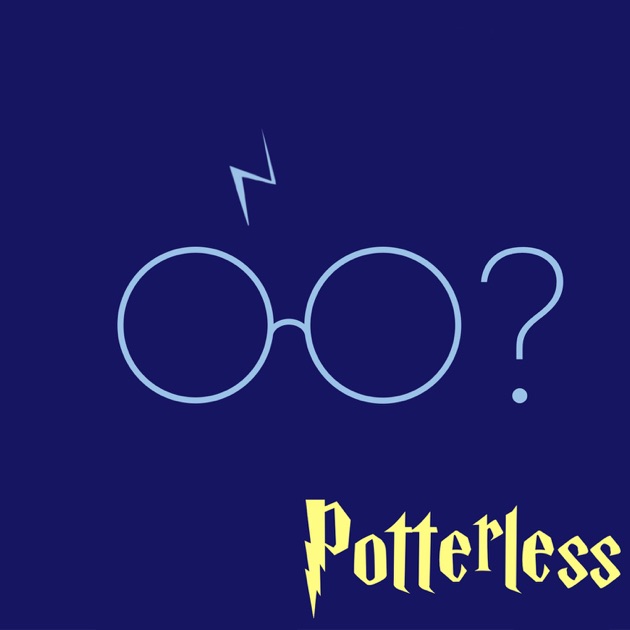 The Harry Potter series, of course, doesn’t need an introduction or recommendation; it’s one of the most successful children’s franchises of all times and I’m willing to bet most of you have already read the books, or at least watched the movies.

(ETA: This recommendation was written before J. K. Rowling started going all TERF on sofial media, so it’s written by a younger, more innocent Dina who didn’t know what a transphobe the author of the HP series is. You can read more about my reaction to that here. I still recommend Potterless, though… because Mike Schubert, despite some REALLY IFFY moments in some of the eps, is overall LGBTQ-friendly; he’s denounced JKR’s transphobia and donates parts of his profits to charities, including helping trans people.)

I first started reading the books when I was around ten or eleven… I don’t remember my exact age, but I do remember it was back before the fifth book had come out, because I had to wait for AGES for that. So I must have been either ten or eleven. It was actually the wait for the fifth book and the burning desire to read more about the HP world that led me to the world of fanfiction.

The first Harry Potter book was in fact one of the first actual novel-length books I read in English. The very first novel-length books I read in English was Charlie and the Chocolate Factory, and I’d started reading comics in English, plus this was around the time when I started to become aware of the Internet and all the sites in English out there… so when I first learned about Harry Potter, which critics were comparing to the writings of Roald Dahl, I made the conscious choice to start reading the books in English. Partly to train up my ear for the language (here in Norway, we start learning English at a fairly early age), and partly because there were FOUR books out in English and only two had been translated to Norwegian yet… there would be more to read in English.

In hindsight, thank goodness I started to read the HP books in English, because the Norwegian translation SUUUUUUUUUUUUUUUCKS.

But, as you can see, I’ve been a fan of Harry Potter for a long time. But when you know something really well, it can be fun to get some outside opinions… get someone who knows nothing about that thing and see what they make out of it when exposed to it for the first time. And that’s where Potterless comes in!

“Potterless” (which is just such a great name) is the podcast of an American gentleman named Mike Schubert, who hasn’t read any of the HP books before (he watched the first four movies, and doesn’t remember them in great detail… in the very first episode he tries to sum up what he knows about HP and gets a lot of things incredibly wrong) reads through the books, chapter-by-chapter. In each episode of the podcast, he invites a guest that HAS read the books, and they’ll talk about the latest batch of chapters that Mike’s read. Mike sums up the chapters and what he thinks of them, makes predictions, generally snarks about everything.

At the time of writing, he’s gone through all seven books and is now tackling adaptations and spin-offs, such as the movies.

It’s a pretty fun experience! I love listening to audiobooks and podcasts while I’m drawing or out walking or whatever, and with this one I get to re-experience the HP series for the first time all over again, through the eyes of a snarky twenty-something. Just like you’d expect a pair of fresh eyes to do, Mike brings a well of new insights and thoughts to the series, pointing out some new things, plot point or even plot holes that I’d missed, and while he sometimes totally misses a point (or makes some predictions that are REALLY off) he’s generally really entertaining about it.

Occasionally it gets a little too silly and goes off on too many odd tangents. For the most part I like the Seinfeldian conversations between Mike and his interchangeable co-host, and they manage to strike a good balance between staying on point and making entertaining asides, but sometimes they just go overboard and after they’ve spent like ten minutes laughing about some joke that had nothing to do with anything, and it gets a little tiresome.

Also, Mike sometimes gets caught up in weird details, and some of his jokes are just repeated too often. It’s like… YES, Mike, we GET that you don’t like Rowling’s Dickensian naming conventions; you don’t HAVE to point it out in every episode that you think it’s stupid that the Herbology Professor is named “Sprout.”  He’s also… very much a post-millennial American about a lot of things, especially in the early episodes, so he doesn’t quite GET that a British series that takes place in the 1990s might have slightly different values… though to his credit, he gets better at this as the series goes on.

Also, at times, it’s REALLY obvious that he’s a technician, not an artist or a philosopher. He approaches everything from a “logic, rationality and reasoning” approach, which often clashes with the HP tone and emphasis on sensation, spectacle and atmosphere. A huge example is his treatment of the famous “Ravenclaw Riddle,” which stumps him because the answer to the questions don’t follow physics and natural laws… he misses that the riddles aren’t supposed to be about trivia, but about philosopy.

(And I have to say it: He’s ROYALLY ticked me off a couple of times, most notably when he started his rant about how people who didn’t like dancing sucked and should just “get out on the dance floor and have fun.” Augh. I hate it when people say things like that… like they can’t grasp that someone GENUINELY can dislike something they like, so they go “just go do it and enjoy it and have fun!” Dude, some people JUST DON’T LIKE THE SAME THINGS AS YOU. It doesn’t mean they suck, and it DEFINITELY doesn’t mean they will have fun if they try to force themselves to do it.)

Also, not all the co-hosts are equally entertaining. Some of them are brilliant, others are…. ummm… NOT.

Oh, and Mike HATES Quidditch. But since I don’t like Quidditch either, that’s just a plus in my book.

Overall, though, it’s REALLY fun to re-experience the series through new eyes, even if the eyes belong to a person I don’t always agree with… I’d say that overall there are a lot more hits than misses among the episodes, and the sheer enthusiasm Mike and his guests present in their discussion is contagious. This is clearly the product of someone who genuinely enjoys what they’re doing, and it’s glorious.

So if you want to re-experience the HP series but don’t feel like re-reading the books, you could do a lot worse than checking out Potterless. At its best it’s both funny and insightful, and it might even make you view some events and characters in new ways.