Skip to content
About - The Art of Dina M 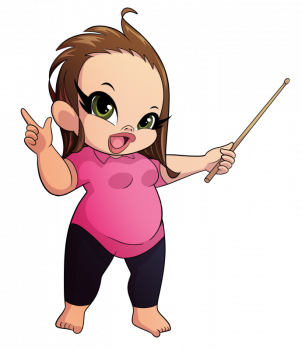 So, who is Dina M? Well, Dina M is me; Dina M Nealey to be precise. I’m an artist and writer from Oslo, Norway; I’m a brunette, and I’m bisexual (female preference, which you might have already guessed from my artwork).

You know what? Just for fun, let’s do the rest of this as an FAQ. If you have any questions that aren’t covered here, I have a CuriousCat account here!

So, Dina M Nealey... What does the M stand for?

In the immortal words of BJ Hunnicutt from M*A*S*H: “Anything you want!

And how do you pronounce "Dina"?

It’s “DEE-nah,” not “DIE-nah.” Several people have wondered about that.

A question all artists get: What tools do you use for drawing?

Almost all my art is digital these days. I use a Wacom MobileStudio Pro, and my go-to drawing program is Clip Studio Paint. Bought it when it was on sale years ago and never looked back!

Back when I mainly drew on paper, I would do sketching with a blue mechanical pencil, and then ink with a Pentel brush pen. Sketching with a blue pencil is an old trick of the trade… you see, it saves you the trouble of erasing the sketch lines. All you need to do is to scan or photocopy the inked page in black and white, and because blue doesn’t show up in black and white, the sketch lines won’t be visible! It even works with green… but, warning, make sure that is’s a pure light blue (or pure light  green). Coloured pencils come in many nuances, and often times darker blues (or greens) will contain some amounts of red. And even the SLIGHTEST hint of red will be VERY visible in black and white.

I like your art. Do you take commissions and/or requests?

As for requests… well, I used to do a lot of them, but it got to be too much.  Never say never, but for the moment the answer is essentially no.

Can you name some of your influences?

Sure! My influences are many, both whent it comes to art and writing.

Like I mentioned before, I’ve taken a lot of inspiration from European comic artists, like Moebius, Loisiel, Alessandro Barbucci and even Milo Manara…. really, Manara’s comics are often really badly written, and sometines he gets a little too on the nose, but at his best he’s a master of sensuality. I also love the work of Norwegian comic artist InkaLill, who blends high fantasy and cartoony humour in a really beautiful way. I do like a number of American comic artists too, though; Colleen Doran has beautiful artwork and people who really look like people, Jill Thompson’s nice and quirky, and of course if I ever think I’ve figured out the art of inking I need only look at the work of Walt Kelly and Wally Wood and be reminded I don’t have a clue.

Writing-wise, I probably obsess a little more about Terry Pratchett than is probably healthy… though I also like Neil Gaiman (I don’t like ALL his work, but when he’s on he’s ON), Ryan North, G. Willow Wilson. Drew Hayes and Chris Lester. And as of late, Jessica Townsend, whose writing has come closer than any to recapture the whimsy and sheer FUN of early Harry Potter, but without J.K. Rowling’s underlining mean-spiritedness and surprisingly narrow mind; DEFINITELY without her fransphobic and heteronormative nature.

I suppose I should mention Rowling as well; she did have a big influence on me as a writer… and though her flaws have grown more obvious with time, both personally and professionally, I would be lying if I said she hasn’t been some influence on me when it comes to snappy dialogue and the crafting of a good mystery story…. though she has also been an in other ways, mainly in what NOT to do with your multi-million dollar franchise after you’ve written the initial story.

And of course the grandfather of them all, J. R. R. Tolkien. He could get very dry and longwinded, and his characters weren’t the most interesting, but nobody could create a fantasy world, and make it feel like a living and breathing place, like him. In fact, only two authors I’ve read even come close… the first is Terry Pratchett (of course) and the other is L. Frank Baum. Yeah, the guy who wrote the Oz series. I don’t know how or why, because Oz is riddled with surrealism and nonsense and continutiy errors… but in Baum’s books, it LIVES. It feels like a real place. (That’s another reason why I hated the MGM movie with Judy Garland. Those idiots turned Oz into a dream!)

Speaking of which... what's with all the hypnofetishy stuff?

Well, we all have our kinks, don’t we? Honestly… I’ve had a hypnofetish since long before I was old enough to know what a fetish even was. I remember being a kid and just LIKING it when comics or TV shows or books contained hypnosis or mind control in some way. When I grew older and began having more of an online presence I found several people who had similar experiences, and creators who specifically made art and stories pandering to these experiences…

A few years ago, I decided to become one of these creators. After a bit of a rocky start, I found out I had an audience, and things pretty much went form there…

Have you ever been hypnotized in real life?

And before we go any further with this: NO, I’m not interested in being contacted by people online who want to hypnotize me. I’ve had a few rather bad experiences there… like the people who tried hypnotizing me into making free art for them, that got really old really fast. And that’s not even mentioning the ones who got REALLY creepy and controlling….you might say I developed a few trust issues.

Yep. Granted, I used WordPress and Elementor, because I can’t do programming or coding worth beans, and I had no idea how to do half the things I really wanted to do with the site, but I think what we have now is a reasonable compromise.

Are you pondering what I'm pondering?

I think so, Brain, but how much wood WOULD a woodchuck chuck if a woodchuck would chuck wood?