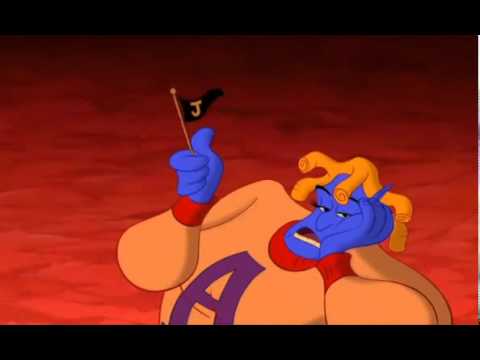 Stop me if you’ve heard this one. It’s the Big Finale of a great adventure story. The war is reaching its climax; this is the final showdown, the last battle of Good VS Evil. All the heroes are gathered; every single major and minor character that we have followed through all their adventures and hardships, have watched grow and mature into the best version of themselves they can be. No longer the ragtag bunch of misfits and loose alliances of yore; these people have come together as a united front and are ready to defeat the Big Bad once and for all.

The final battle starts. And it’s AWESOME. The heroes are kicking ass like nobody’s business, but the villains are ready as well; the fight is epic and all your fave characters get to show off their skills. Everyone contributes, everyone plays a part in the battle, and TEAMWORK wins the day. The heroes triumph, and the Big Bad Guy…

…wait. The Big Bad Guy isn’t even fazed. He just laughs and with one fell swipe defeats all the heroes. The battle is lost. It’s the darkest, darkest hour. Evil has won.

But hold on! One hero remains. The Chosen One. The main character. The one who was always BORN for this, whose destiny it was to defeat the Big Bad Guy all along. Now the Chosen One stands alone against the Big Bad Guy… and in a final dramatic showdown, all alone in the darkness, the Chosen One, the beacon of hope, finds the strength only they have and through great strength, effort (and probably angst) wins through, fulfills the destiny and DESTROYS the Big Bad Guy. All the heroes are saved, and the battle against evil is won, thanks to the Chosen One.

Sound familiar? It SHOULD. This is how the final battle goes in COUNTLESS series, movies, books and other stories. AND WORDS CANNOT EXPRESS HOW SICK I AM OF IT.

I’ve never been shy about how I don’t like Chosen One narratives, largely because far too often they become “Only The Main Character Matters.” They over-focus on just one person and make them the absolute center of their narrative universe; the only person who actually matters in anything. Anyone else… friends, allies,  even love interests, might as well have just skipped the entire story and just sat around playing cards for all they accomplish. At MOST they get to give the Chosen One something useful (advice, training, companionship, a weapon), or they get to provide motivation when their defeat/death/capture is what motivates the hero to finally and singlehandedly defeat the Big Bad Guy.

I get WHY the trope is so popular… the main character is supposed to be the audience stand-in, the one we identify with, which at least in theory makes the singlehanded victory more satisfying… “I did this all on my own, go me!” But as someone who never identifies with the main character and always prefers the side characters… well, let’s just say it doesn’t work for me. But, well, if the Chosen One narrative is openly about how only the Chosen One can do something, and nobody else actually matters as anything other than support or motivation… then at least it’s HONEST.

But the Final Battle scenario I described isn’t. In fact, we can call it the Dishonest Final Battle; it’s actually a totally pointless battle because ultimately the only one whose actions mattered was the Chosen One’s. But the Dishonest Final Battle tries to pretend otherwise. “Look, look,” it says. “Everyone got to do cool stuff! The side characters totally proves their worth!” Except no, they didn’t. They basically proved that they were worthless, since they gave it their all against the Big Bad Guy and it ultimately didn’t accomplish anything. Everything would have played out exactly the same if they’d been immediately taken out and defeated, or if they hadn’t been there at all… meaning those cool action scenes were just pointless padding. Trying to pretend that anyone except the main character mattered at all is… well, it’s kind of the equivalent of J.K. Rowling trying to tell us that the final battle of Hogwarts was a huge shining moment of glory for Hufflepuff House because, well, ALMOST as many Hufflepuffs as Gryffindors stayed to fight. Yeeeeaaaaah, I didn’t buy that one either.

The Dishonest Final Battle has slightly ruined many a great story for me. Several shows or cartoons or books which I have absolutely adored, have ended on a disappointing note when the climax was a Dishonest Final Battle. In fact, I’ve come to vaguely dread “final battles” because more often than not they seem to just become Dishonest Final Battles. The creators know that the secondary characters have fans who want to see their faves shine, but also want to do the “main character saves everyone in the darkest hour” bit… hence they have this compromise that isn’t really a compromise at all.

My take on it: If you’re not going to have an HONEST Final Battle, don’t have a Final Battle. Find some other way to have a fitting climax. If you HAVE to do the “The Chosen One saves the day in the darkest hour, all alone” thing, then at least commit to it. Have the secondary characters busy elsewhere so that the hero has to go on alone… have the climax take place inside the hero’s mind because the Big Bad tries to take over their body or something… have the hero ascend to a different plane of existence where the others plain can’t follow… there are SO MANY WAYS of doing this without going the Dishonest Final Battle route.

More on superhero comics… and a potential idea?