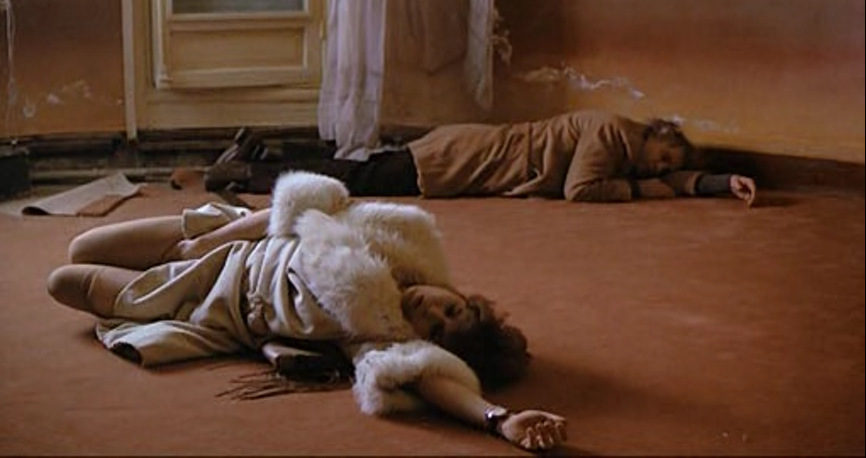 I know… pretty weird title, isn’t it? Especially if you’ve never heard of Euroshlock before. But it was like this:

I’ve mentioned it once or twice before, but up until I was around 15 or 16, I was DEEP in denial about being bisexual. And that was probably one of the reasons why, in the early parts of my life, I was a TOTAL prude. There’s this thought among adults that kids and young teens are like these innocent and pure beings who never have any remotely sexual thoughts or feelings, but that’s not really true. Not that they’re ready to actually DO anything, but I’m betting a lot of you would be surprised at how DIRTY-MINDED kids can be. I know this because I was (or so it felt like at the time) the one kid who wasn’t. My classmates and kids my age delighted in singing bawdy songs and telling dirty jokes… I was the one who stood to the side and just wished they would stop.

But… well… it all STARTED sometime before I turned 16. I don’t remember exactly when it was,  but I do remember it was very early in my days of acknowledging myself as a sexual being, and also kind of beginning to come to terms with the fact that I wasn’t entirely straight. Or even remotely straight. And it was around this time that I, quite by chance, happened to catch a movie on TV. It was a 1972 Italian/French movie (though with some English dialogue), starring Marlon Brando and Maria Schneider, and it was called Ultimo Tango a Parigi… or Last Tango in Paris. The movie stars Marlon Brando as Paul, an American hotel owner mourning the recent suicide of his wife, and Maria Schneider as Jeanne, a young French woman engaged to a self-obsessed aspiring filmmaker. At the start of the movie, Paul and Jeanne are both in Paris, looking at apartments, and they chance to meet in an apartment they’re both interested in renting. It’s an old, shabby and empty apartment, and after walking around it for a bit, Paul suddenly and without a word lifts Jeanne up, carries her over to one of the walls and proceeds to fuck her against that wall. Without asking her name or even properly undressing first.

This is the start of an anonymous but intensely sexual affair between the two… which turns increasingly abusive. They agree not to tell each other anything about themselves, not even their names, but over the next few days they meet up in that same apartment (which Paul has decided to rent) and fuck. A lot. Jeanne spends much of the movie naked, though Paul doesn’t… apparently nude scenes were shot with Marlon Brando, but they never made it to the movie. Male gaze aside, in one way it does work because it underlines how Paul has pretty much all the power in the relationship. He becomes increasingly abusive, and several scenes are dub-con at best, outright rape at worst.

The most infamous scene is the “butter scene”… and if you have any knowledge at ALL about this movie, you’ll know exactly what I’m talking about here. In case you don’t, though… well, basically it involves one Paul going all cold psycho in response to one of Jeanne’s innocent comments. He pins her down on the floor, pulls her pants down and fucks her ass, using butter as lubricant. All the while he’s on a disturbing rant about how families suck, and he makes her repeat everything he says as he fucks her, and she’s crying and it’s not okay.

Cheerful, huh? What I didn’t know at the time was that apparently both Marlon Brando and Maria Schneider regretted doing the movie and that the director Bernardo Bertolucci had apparently engaged in some abusive behaviour of his own… apparently, Marlon Brando refused to even speak to Bertolucci for 15 years after the production was done, and Maria Schneider, who had her first major film role with this movie, often spoke about how traumatic the experience was and how she wished her movie career could have started differently.

But for all its dark and uncomfortable themes, and for all the iffy behind-the-scenes stuff, and for what a douchebag Bertolucci seems to have been… the movie itself is actually really well made. The acting is good, the imagery really effective, and the tone switches expertly between “this is so sexy” and “this is to horrifying,” with the result that you really feel the emotional rollercoaster poor Jeanne is on. It’s possible I would have had a different reaction if I’d known the story of Bertolucci, Brandon and Schneider, but since I didn’t… well, 15 year old Dina, in the early stages of her sexual awakening and still deep in denial about being bisexual, watched in morbid fascination.

Later, after I started finding my way around the Internet and learned how to do Google searches and things like that, I found out that Last Tango in Paris was considered the “progenitor of the ‘Euroshlock’ genre.” I hadn’t heard about Euroshlock before, but as I read up on it I realized that many of the movies I’d watched in the wake of Last Tango in Paris were Euroshlock movies:

Not all Euroshlock movies ARE tragedies… they don’t even have to be European, technically. Sometimes they just ramp up the “weird for weirdness’s sake” up to eleven, until you end up with a movie where the only possible reaction is “what the fuck did I just watch?!” (Sweet Movie by Dusan Makavejev, I’m looking at you!!) 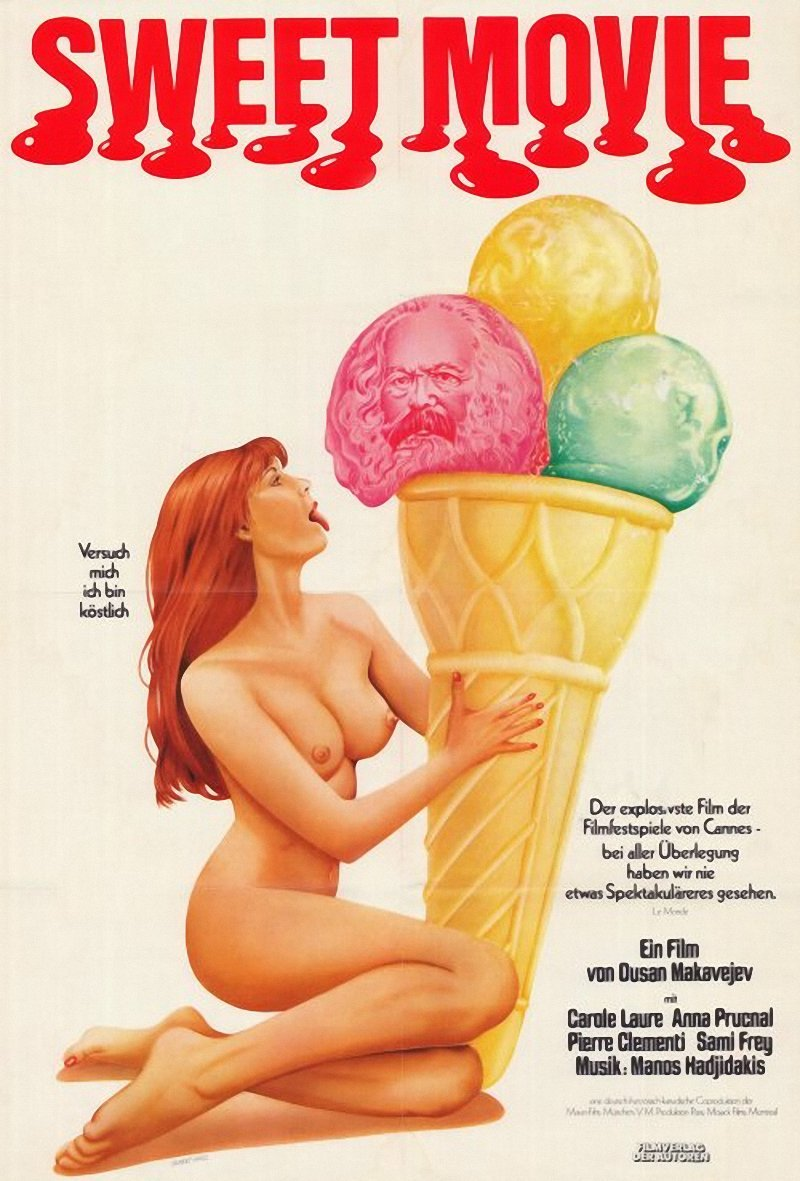