Skip to content
Dina Recommends: Fraggle Rock: Back to the Rock - The Art of Dina M

Dina Recommends: Fraggle Rock: Back to the Rock 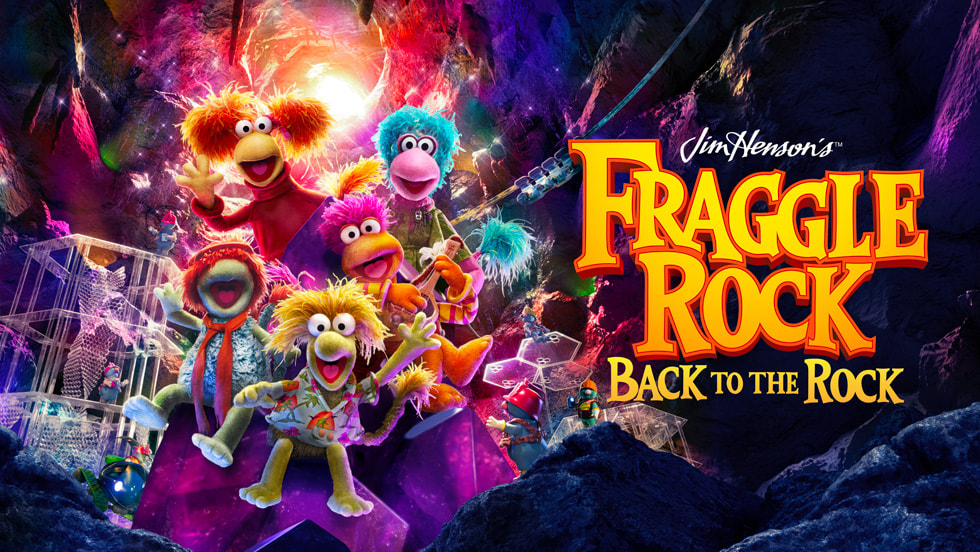 Welcome to Dina Recommends, where Dina (that’s me!) lives up to the title and recommends all sorts of comics, movies, TV shows and other entertainment that I think needs more attention.

Stop me if you’ve heard this one: Back in 1981, Jim Henson and his talented crew were fresh off the fifth and final season of The Muppet Show and were looking for new ideas for a show. It was Jim Henson himself who made the statement ‘I want to do a show that will change the world and end war.'” And so, Henson and crew started work on their then most ambitious project, Fraggle Rock, which ran from 1983-1987, for four seasons and 96 episodes.

Now, since I’m writing this in 2022 and war still hasn’t ended, you might guess that the entire “end war” thing was a bit of an exaggeration from Henson’s side… but Fraggle Rock did make a pretty big impact on the entertainment world, particularly kids’ entertainment, with its messages of international cooperation and celebration of differences which worked even better considering that the show was really, really, REALLY good. It was well-written and funny, with amazing puppetry and surprisingly sophisticated worldbuilding… I’ll go so far as to say it’s the BEST THING Jim Henson and crew ever did. It’s their magnus opum, their masterpiece if you will.

While Fraggle Rock nowadays isn’t anywhere near as well known as The Muppet Show and Sesame Street, back in the day it was quite the hit. It was shown in many countries and was even the first American kids’ show to be shown on TV in the Soviet Union… shortly before the Cold War ended, in fact. So of course several of the show makers have joked that Fraggle Rock did, in fact, end the Cold War. 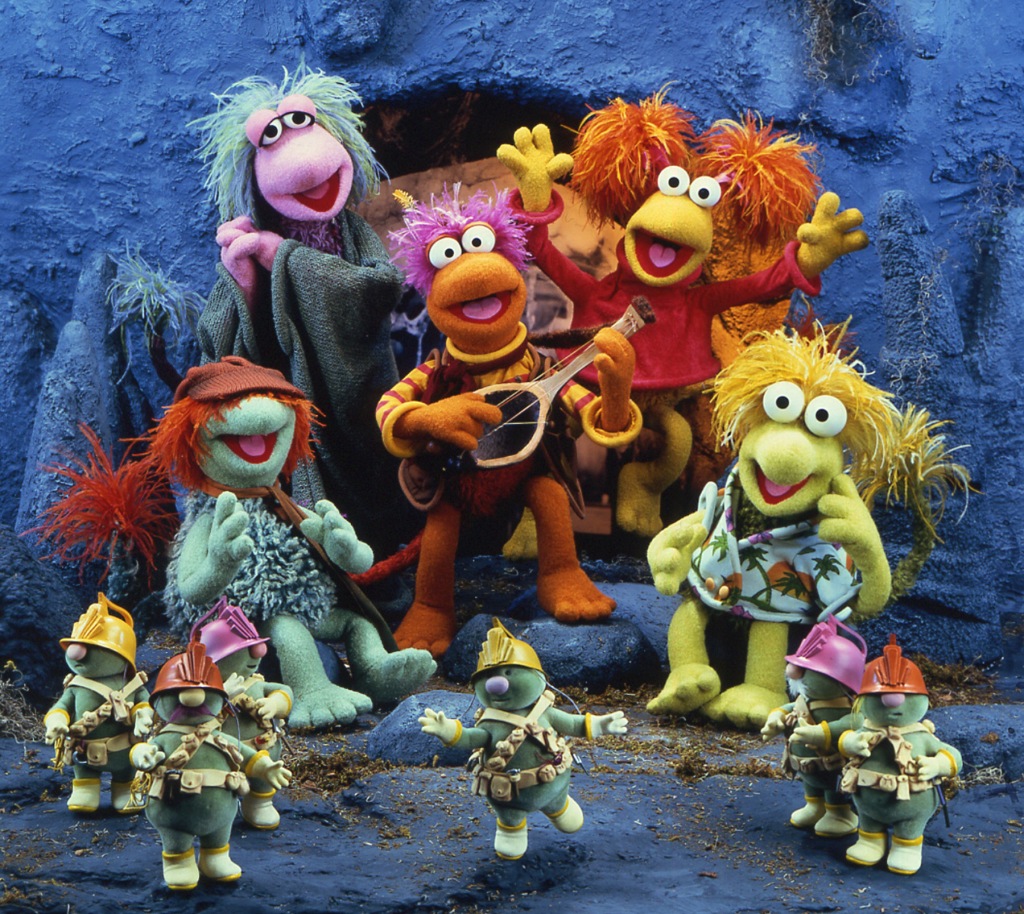 Now, the original Fraggle Rock series is HIGHLY recommended. The show was DECADES ahead of its time and  — a few dated parts aside – still holds up incredibly well today. It’s one of the few shows I remembered watching as a kid (the first season was often shown in reruns here in Norway) and when I returned to it as an adult I discovered that it was even BETTER than I remembered. The music, the characters, the puppetry, the comedy…

But this recommendation isn’t for the original show, it’s for something a lit more recent.

See, in 2020, just when the Corona crisis got started, the Hensons surprised us all with a mini-series of socially distancing Fraggles called Fraggle Rock: Rock On, which was essentially a cute little side-project where the Fraggles sang some of their old songs and interacted with celebrities… not mind-blowing or anything, but definitely cute, a nice little reunion with the old characters, and a sign that bigger and better things were coming.

And come they did! In January 2022, almost 30 years after the original series’ run ended, Apple TV launched a brand new 13 episode series reboot/revival called Fraggle Rock: Back to the Rock.

And OH MY GOD IT’S SO GOOD. It’s takes the brilliant original series, puts it through a couple of subtle updates and revamps, adds 20+ years of updated technology, puppet effects and special effects, retools it for an audience used to streaming services and binge-watching… and creates a thing of absolute beauty. It’s partially like coming back home… and partially like having that big budget Fraggle movie that they kept teasing but never delivered. It’s a total treat that just hits ALL the right notes.

So now that I’ve gushed about this for way too many paragraphs, what exactly is Fraggle Rock: Back to the Rock about?

Well, the titular Fraggle Rock is an underground society of interconnected caves and caverns, in which lives a colourful race of happy-go-lucky, Muppet-like creatures called Fraggles. The Fraggles aren’t the only weird and colourful people inhabiting the Rock; aside from the mermaid-like Merggles (Fraggles with fish tails) and the sleepy Craggles (Fraggles with drabber colours and less energy) we have the tiny green workaholic Doozers, the gigantic Gorgs, and a few other random cave creatures… not to mention the Trash Heap, a living pile of garbage whish functions as the Fraggles’ oracle and wise sage.

All these creatures live in an interconnected way, in which the actions of one group will often affect all the others… though since they’re not actually very good at communicating with each other, they often don’t quite understand this.

The main characters are five Fraggles who are good friends, and who like any good ensemble cast, are very different with different tempers and philosophes… though they still get along. They are… actually, let’s let them introduce themselves, with their introduction lyrics in the first song of the season, “Party Down in Fraggle Rock,” and you can get a peek at the amazing puppetry and visuals at the same time:

If you didn’t catch that, here’s the relevant lyrics:

Red: I’m always twirling, diving — let’s get going!
Mokey: I always keep it Zen; stay in the moment!
Gobo: I’m an adventurer, I lead the crowd!
Boober: I’d rather do laundry.
Wembley: I love my friends! I’ll say it loud!

And that’s pretty much it. Red’s the athletic tomboy, Mokey is spiritual and a little out of it, Gobo’s adventurous and eager, Boober is calm and a total pessimist, and Wembley is friendly and enthusiastic but suffers from an inability to make up his mind.

Also important is Gobo’s uncle, Travelling Matt, an elderly Fraggle who’s exploring “outer space” (in reality our own human world) and sends back home reports of his experiences… usually showing that he’s totally misunderstood everything. Travelling Matt is usually the highlight of the show, effortlessly stealing every scene he’s in, even though he’s mostly outside the Rock and wandering around what… appears to be Los Angeles, but I could be wrong.

The only human who appears as a regular character is “Doc,” a young grad student working on her doctorate in marine biology, and who hopes one day to be able to call herself “Doctor Doc.” She doesn’t know about the Fraggles, she just lives with her dog Sprocket in a rent house that happens to be located right above Fraggle Rock. Doc and Sprocket seldom get directly involved in the plots, but they have their own little side-plot going on that in every episode either reflects or in some way influences what’s going on down in Fraggle Rock.

While the episodes are all mostly standalone, there’s an overarching storyline to the thirteen-episode season, which really explores the interconnected nature of all the different parts of the show, with a hint of environmentalism and the classic Fraggle Rock focus on learning how to interact with and understand people who are different than you… a message that’s no less important today than it was during the Cold War. The Fraggles, Doozers, Craggles and Merggles have to learn to work together in order to stand up to the Gorgs… and also learn that maybe it’s a good idea to try and work together with the Gorgs as well.

The show is really good at showcasing that while all the groups can do stupid and harmful things out of self-interest, none of them are without redeeming qualities, not even the Gorgs. In fact, the central Gorg, Junior Gorg, gets a fair bit of inner conflict because he’s torn between following the “Gorg traditions” of grabbing everything for yourself, or following his own more generous and forgiving nature… and this conflict gets more and more prominent as the episodes go on.

Otherwise, the show takes up a lot of heavy topics but treats them with an expertly light hand; the message is delivered in a way kids can easily understand but doesn’t talk down to them. Sometimes the ideas get perhaps a little too sophisticated for the youngest kids, such as the “echo chamber” which is a literal chamber where your own thoughts are echoed back to you which means you’re constantly assured you’re right about everything but don’t actually get anywhere because you’re not getting any new input…

…but I was impressed with how they managed to do an episode all about consent and make it not only perfectly kid-friendly, but telling the story in a way that made perfect sense for the world and characters AND with an allegory that works perfectly for the real issue.

Luckily, the show doesn’t get too bogged down with its complex morals and messages; it’s too lighthearted, upbeat and funny for that. The writing is golden and the dialogue witty; pretty much every episode has at least one laugh out loud moment… most of them coming either from Boober or Travelling Matt, but pretty much all the characters get at least one moment of brilliance.

The music in the series is a chapter all to itself, or at least a paragraph all to itself. The original Fraggle Rock series had some REALLY great music, including several original songs for each episodes… and in this show, they’re managed to keep the tone and feel of the olf songs. About half of them are recycled from the old show, with the other half being original to this show, meaning we average about two songs per episode. I know not everyone likes musicals, but with Fraggle Rock music and song is an important part of the experience, and they certainly haven’t cheaped out here.

The series tells a complete story, but the showmakers have kept things open for a second season… which I REALLY hope we’ll get. This show is so good that it REALLY deserves a second season.

In the meantime we have 13 eps of pure joy… plus, we also have lots of in-character interviews and partially improvised Fraggle shenanigans on Youtube, with Gobo, Wembley, Mokey, Boober and Red talking to people and answering questions.

No complaints at all? Well, a handful of nitpicks. Some things aren’t explained too well and there are a couple of slightly odd moments where the show can’t remember if it’s supposed to be a reboot or a continuation… as well as a few moments where you see some minor plot holes… but those moments are minor.

If you haven’t seen the Fraggles before, Fraggle Rock: Back to the Rock is a great intro to them. It’s colourful, fun and funny, serious when it needs to be, and just all around magical. 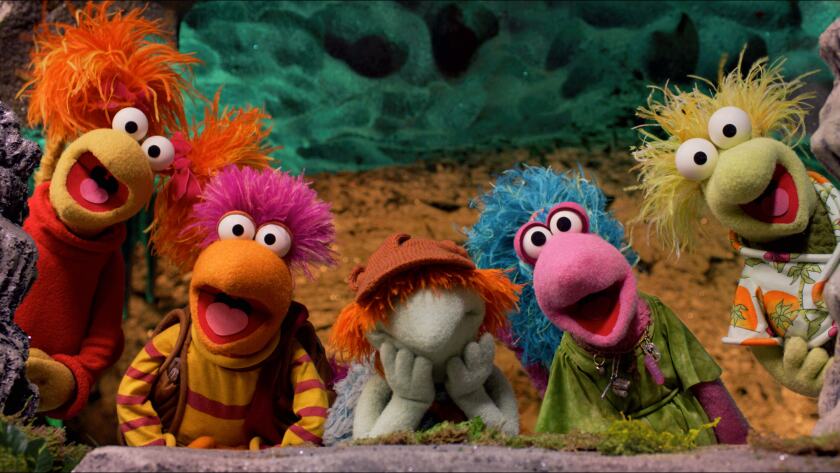 Garfield VS Pusur: A Tale of Translation

Dina Reviews: ALL the DisneyToon sequels!